For the family photographer, Boston has a little something for everyone. The city is packed with historical monuments providing many Best Places to Take Pictures in Boston, amazing views across the city, plus a huge variety of people carrying on with their daily lives.

For those looking for city family photography, there’s everything from tree lined suburban bliss, to downtown areas that still have their grit and grime intact – no gentrification here!

If you’re planning a trip to Boston soon, we’ll be looking at some of the areas you just must bring your camera along to photograph.

Of course, you don’t have to stick rigidly to the tourist bus network, the subway, and bus system is excellent in Boston, with the Green Line running east to west, whilst the Red Line runs north to south. You’ll find most of the city is accessible here, including Cambridge, South End and most parts of Downtown.

So What Sights Should I Photograph?

There’s a multitude of sights in Boston, so let’s get on with our tour!

There are several bridges that cross the Charles River, and most of them offer good pedestrian access. The Harvard Bridge is just one of these and provides amazing views of the Boston Skyline.

The Harvard Bridge is also a great viewpoint for photographers who want to snap the John Hancock Tower, and the Prudential too. Unfortunately, the bridge runs just a little too close to the Longfellow Bridge to get a perfect view of the city – we’ll mention the Longview Bridge later, as it’s a real treat!

If you manage to get down to the Harvard Bridge at dusk, you’ll be spoilt with Moon Lit views across the river, and the Moon tends to rise in between the Hancock Building and the Prudential too.

Be careful though, the bridge is very busy, and for photographers who love to take long exposure shots, you might just find the passing traffic puts a stop to that.

The Harvard Bridge is accessible from the Green Line, and your best stop off point is outside the Hynes Convention Center.

This bridge once again spans the width of the Charles River and serves up a slightly better view of the Boston Skyline in comparison with the Harvard Bridge. It connects Beacon Hill with Cambridge, making it the perfect stop off point if you want to explore the campuses of MIT and Harvard.

You’ll find even better views of the Prudential and John Hancock Towers here, with the Duck Boats easily watchable from the bridge too.

By far the best time to visit the Longfellow Bridge is sunset or early morning. The sun tends to beat strongly across the bridge during midday, so you’ll be hampered in what you can photograph.

The Red Line stops on both sides of the bridge, and this is the easiest way to access it.

If a more traditional Boston is your idea of a great photo, you’ll find Beacon Hill perfect. It’s pure old-world Boston, with brick housing, small sidewalks and many narrow streets with much going on – it even offers many cobbled streets for the ultimate traditional photograph.

Beacon Hill is quite an expensive area to live in; you’ll discover much of it is pristinely kept. So, if you prefer your urban scenes with a little more grit to them, you might want to look elsewhere.

Even so, Beacon Hill is worth an exploration. It offers some of the most bijous homes in the city, and Acorn Street is widely said to be one of the most photographed streets in America. This is the Best Places to Take Pictures in Boston!

As for getting there, it’s worth saying that parking is a real problem in Beacon Hill, so leave the car at home. T stops close by including the Charles/MGH Line, plus the Red Line which stops on Park Street.

If you love to photograph monuments and parkland, then Boston’s Public Park is the perfect place to visit. Here’s you can photograph a huge variety of landscapes, trees, and flowers, plus the Swan boats, which are easily photographable from the park.

For monument hunters, there’s the George Washington Monument, plus a wide variety of statutes that celebrate and remember those fallen during the War of Independence. There’s also a famous movie location within the park, a Park Bench where Matt Damon and Robin Williams met during Good Will Hunting is a popular tourist spot.

If you have the time, the Boston Common is a short walk from the Gardens and offers more landscape photography opportunities.

Be aware though, that the busy Summer months see many street performers and vendors enter the Gardens, making that perfect shot a little harder to achieve. Spring is by far the best time to photograph the Gardens, as the tourist season hasn’t quite ramped up yet.

As for getting there, the Gardens are located right in the heart of Downtown, making it a snap to travel to. The Green Line stops at Boylston, whilst the Red Line will get you close at Park Street. Parking is also available nearby, although it’s a parking garage, rather than on-street.

An area of Boston that doesn’t get nearly enough love, the North End is packed with a huge array of revolutionary history and opportunities to photograph a classic Boston street scene.

This area of Boston is also packed with quaint restaurants, and places like Paul Revere’s House and Old North Church are always popular photography subjects.

Once you’ve finished snapping, visit one of the restaurants, you won’t regret it!

Just like Beacon Hill, you’ll want to leave the car for this trip. The Green and Orange Lines both stop here, the Haymarket Stop being the place you’ll want to get off at.

If you want that classic shot of the Boston Skyline, then the Skywalk Observatory is where you’ll want to visit first! Once at the top, you’ll be spoilt with 360-degree views of the city, with multiple interesting angles to take a shot from.

On a positive note, all that’s between you and the view is a glass window, making it a real winner! If you’ve ever tried to take a decent photo from towers like the Empire State Building, you’ll know what we mean – no metal grates here!

What we would suggest though, is that you wear a dark t-shirt during the evening, as the glass does have a nasty habit of reflecting you in the picture. There are also strict rules against using a tripod on the Skywalk; if you plan on being a bit naughty, be prepared to be asked to put it away.

The best time to visit here is during the late evening and early morning. It’s here that the city lights come on, making for that amazing “Blade Runner” look that you might be familiar with if you’ve visited Tokyo, Seoul, New York or London. 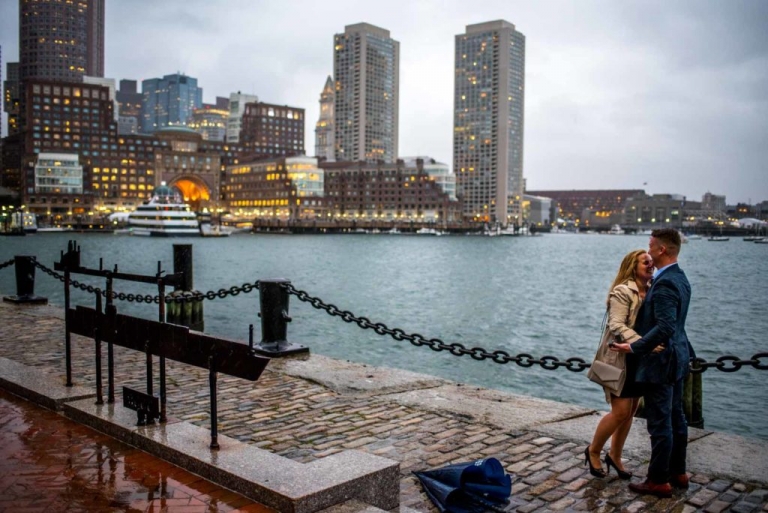 If you like your photography with a more maritime feel, Seaport is an area you’ll want to visit. One of the Best Places to Take Pictures in Boston. Like many dockland areas across the world, Seaport is undergoing some serious regeneration, making it one of the fastest changing parts of the city.

If you take the trip here, the best view to get a photograph of is the view from Fan Pier up towards Boston Downtown. This is probably one of the most iconic views of Boston, which might put some of the more creative photographers off – still worth a look though!

This area is also home to the recently built Institute of Contemporary Art, which is something you really need to tick off that “must do” list during your visit.

Sunset photographs are by far the best way to capture the iconic Downtown shot, as the sun might just get in your way during midday. Sunrise can be an interesting shot too.

Getting to Seaport is becoming increasingly easier, as it continues its regeneration journey. South Station is the stop you’ll need on the Red Line, whilst the Silver Line also makes its way here too. Parking is at less of a premium here, as not everything has been developed and there are still parking lots available.

Located in Jamaica Plain, the Arboretum is a part of Harvard University. And a hugely popular retreat from the busy city. Trees and flowers take center stage, and for the botanical enthusiasts out there, you’ll discover a huge range of species to photograph.

As if the range of plant life isn’t enough, the Arboretum also boasts one of the largest collections of Bonsai trees in America, some of them wonderfully sculptured and worthy of photographing any day of the week.

Thankfully, the time of day isn’t a huge issue when visiting here. We suggest making this trip during midday, as you’ll want to make the most of your evenings at other locations.

The entrance to the park is just a stroll from the Forest Hill stop on the Orange Line, and parking is easy to come by too; however, the Garden is located so close to Downtown you shouldn’t need to drive.

No trip to Boston is complete with at least a short trip to the campuses of Harvard and MIT. Excellent and exciting architecture abounds here, so there’s a lot to photograph if you love buildings. As a bustling university, there’s also a huge array of dynamic shots you’ll be able to take featuring the many thousands of students who call this area home.

Harvard Square is an excellent place for street photography too. It’s almost always packed, so expect to dodge the crowds to get that perfect shot. For those who persevere, you’ll be rewarded with incredibly youthful and dynamic shots.

Part of Cambridge also includes walks along the Charles River, taking in fantastic shots of the Boston Skyline, all from a slightly different angle than the bridges listed above.

As a university campus, it’s been well designed for students to walk, bike and travel to lectures. You’ll find the Kendall/MIT and Harvard stops on many lines throughout the city. Parking is not a huge issue either, although you might have to hunt down space during the busier months.

If you want to get out of Downtown for that perfect skyline shot, East Boston is calling. Taking the Blue Line out of the city, you’ll find a range of vantage points where you can take that perfect photograph.

Lopresti Park, Piers Park, and the Boston Harbor Hotel are all great places to setup; however, you’ll need a touch of reach on your lens as the river is wider than you’d think.

For those coming from the airport, most transport links pass this point, making it a great stop off point if you’re flying to or from the city. Parking isn’t too much of an issue either, as you’re far enough away from Downtown to see parking lots frequently.

Other Great Places to Take Pictures in Around Boston 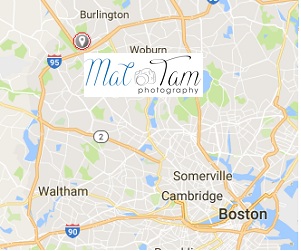